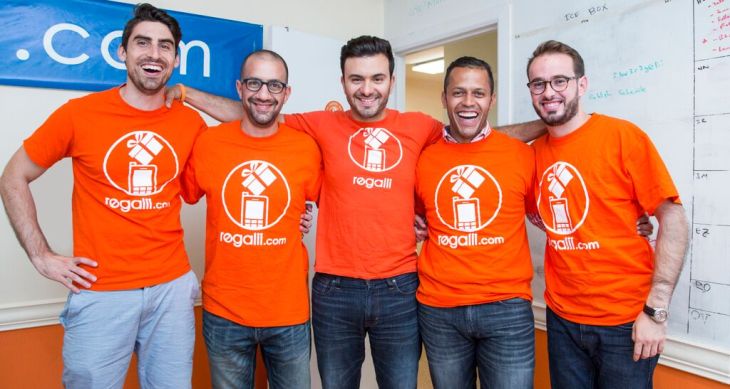 It’s not a converted industrial warehouse in Brooklyn. Or a stately, century-old building in the Flatiron.

But YC-backed Regalii’s atypical office location up in the Dominican-heavy Washington Heights neighborhood of Manhattan has given it plenty of insights into its working-class immigrant customer base.

The startup, co-founded by several Latino founders who personally knew the hassles of sending money home, focuses on remittances.

“We camped out in Washington Heights, did deep customer research and we were surprised to see that people didn’t want to just send money to the Dominican Republic,” said CTO Naysawn Naderi. “They wanted to pay bills directly. The whole thing really confused us at first.”

So the company put together several deals with utility and other service providers in the Dominican Republic to let customers directly pay their families’ bills. That has brought them to more than $1 million in net revenues annually through their fees and cuts on exchange rates. They’ve also expanded to about 10 countries mostly in Latin America, with the largest market in Mexico.

They’re calling this space “productized remittances,” because it’s not just about pure cash transfers. It requires a complex network of business partnerships and technology that enables providers in other countries to handle online payments better and faster.

Regalii has become a platform with an API that handles bill amounts and rates for third-party merchants that want to partner with the company. Money transfer companies can track their customers’ bills, send reminders and facilitate direct payments instantly.

“Rather than sending money, you can actually pay for something. People just wanted this peace of mind that they could take care of their mothers directly. In the developing world, utility providers tend to be pretty quick about cutting off electricity if you’re not on-time,” Naderi said, adding that about 20 percent of the global $435 billion remittances market seems to be in bill and utility payments.